Clutter, contemplation, and a camera

I took the above video with my phone, at Brightwater Park in Woodinville, posted first to Facebook the day I was inspired, August 1. And the quality is AWFUL, which has prompted me to buy a real camera – scary. But, once I’ve learned it, I hope to give myself the gift of this permanent way to capture my thoughts, because my memory, like the rest of me, is aging.

And a client in turn honored me with this achingly thoughtful response, which I would like to share:

“I am just popping off FB for a while but your little video came up when I was sitting down to dinner, so I watched it.

You don’t know what the history is between her and the friend. She may have reason to feel that the friend will not show the same respect of her agency and understanding of difficult situations even though she is a friend. It is actually the WORST when friends make thoughtless comments or imply things should be easier than they are.

If anything, probably it is the friend who should talk to you, if the client agrees, to get tips from you about your very gentle and non-pushy approach. You do it very well. It is hard for people who don’t deal with the particular issues that each person may be facing to understand how much of an obstacle they are AND to understand how easily thoughtless remarks or pushing can be a last straw or one of a thousand paper cuts. I learned a lot about this general idea from studying “micro aggressions” in the context of race. Much of it resonates with disability issues also.

When I was a XXXXXXXXXX and then took a course co-taught by my supervisor about YYYYYYYYYY, somewhere in the context of that, she said something I never forgot. And I think I heard similar things about people preparing the mitigation phase in death penalty cases.

Many people will conceal an incident or history of sexual abuse no matter the circumstances and even if it might help spare them imprisonment or death. Literally die rather than make public a history of child abuse for example. This was a strong reminder to me of how emotionally people may just balk and pick their own emotional protection over all other considerations, and in doing so, it is a survival instinct.

I am humbled by my clients. 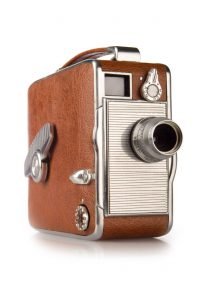