I am in a profession which often helps seniors downsize: colleagues of mine specialize in it. My friend Trish Throop of Eldercare Consulting cautions that active-retirement and assisted living facilities have to be carefully evaluated: 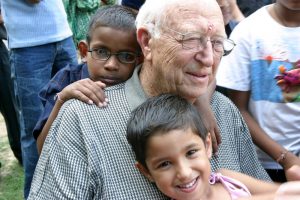 “Somewhere on my tour of Aegis’s newest assisted living property in Seattle, between the grand staircase and the temperature-controlled wine cooler—I realized I wasn’t smelling, you know, the smell.

Like a lot of people my age, my friend J and I were sizing up the Aegis of Queen Anne at Rodgers Park—in our case, for her newly widowed mother. As the demographic bulge of the baby boomer generation passes into its senior years, aging has become big business. Enter Redmond-based Aegis CEO and founder Dwayne Clark, who runs 29 West Coast Aegis residences—13 in the Seattle metro area—and is currently building seven more.

Clark speaks proudly about his properties, which many in the industry call the wave of the future—and which are not, indeed, your grandma’s nursing home. Not my grandma’s, anyway, where old folks in wheelchairs sat adrift in malodorous hallways. By contrast, Aegis of Queen Anne at Rodgers Park is all new-home smell, from the crafting room downstairs to the martini bar up top. We passed chandeliered grand halls and sitting areas done up like East India Company train cars.

“Is it just me—or is this…Disneyland?” whispered J.

Read the rest in “A Disneyland for Old Folks” in the January 2017 edition of the Seattle Met.