“A drowning man will clutch at a straw.” Thomas More, Dialogue of Comfort Against Tribulation (1534)

I went over a cliff these last few days. Details are unimportant. And what let me float in mid-air, Wile E. Coyote faithful, were the many many handfuls of pretty pebbles 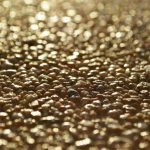 I grabbed from that miserable rock as I lost my grip. Turning on the CD player in my car and re-“discovering” I’d stuck a Village People disc in the current rotation – you have to smile at the Village People. Because yes, in the tension headache I’ve lived with for about a week now, I’d completely forgotten what was in the player. FORCING myself to go to a new teaching gig because I’d made the commitment, damnit, and it was an overwhelmingly rewarding night, not even slightly what I thought it would be. Reminding myself as a mantra that I’ve signed a new contract which has significant potential to be very very productive for me. More actions, more deliberate thinking, more careful slowing myself down because I’ve needed a whole lot of anti-negative lately.

It is HARD to stay positive. Pollyanna would have probably made me stark raving lunatic. And it is crucial to be realistic about whatever the hell is going on – Brene Brown refers to it as “pissing and moaning with perspective.” (One of her CDs in the The Power of Vulnerability set.) It is HARD to slow down – especially for this native Nu Yawker. I think I’m just trying to say “You can. Really, truly, you can.” I am immovably certain that I am coping/reacting/responding far more effectively than if I’d not been able to look at the pretty pebbles.

And nobody diss the Village People. Them’s fighting words. One tune, many, many, many lyrics. Rock on.