I almost didn’t go. I’d finished with my first client at 12:30. My second appointment started at 3. Only 1/2 hour between locations. I had no problem making the decision to get a root beer float from Snoqualmie Ice Cream Scoop Shop. Only reason it took me as long as it did was that nasty little detail called speed limits. Couldn’t have been more effortless to then meander on over to Maltby Produce Market, a year-round farmers market with everything from exotic herbs to wine. And then the whining started – “But the next place is sooooo far away (3 miles give or take OHMIGAWD).” “I’m not sure I wanna goooooo.” “I’d only have about 15 minutes before I’d have to leave.” “I don’t want to get eaten by the chiggers (yea, that’ll make more sense in a minute).” 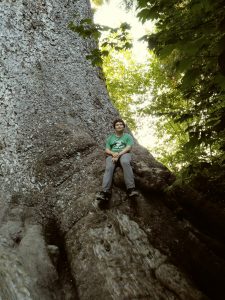 I drug myself by my heels. That land far-far away was Bob Heirman Wildlife Park at Thomas’ Eddy. Beautiful grass expanses, marshland, lakes, old old trees. Everything I crave in a park. I make it a practice to look for new territories to explore. My GPS led me astray to this one a couple of weeks ago and I liked it enough to come back this second time. And in those 15 minutes, I saw a Harbor Seal in the Snohomish River, as sure as Nessie in her Loch, and as strange and wondrous a sight as it gets for a NYC kid. But a Park Ranger confirmed it for me, so I wasn’t seeing things through my binoculars.

What if I’d let myself say “No.”? Scientists just published a study on May 18, 2020 in Nature magazine

Association between real-world experiential diversity and positive affect relates to hippocampal–striatal functional connectivity that encourages trailblazers’ adventurous streaks. That tongue-twisting, ancient-language, baffling title and the findings summarize as: TAKE A WALK. Please. And when you do, go ahead and try somewhere new, even if it’s just a different street than the one you usually take, or a different path in the usual park. The variety promotes positive moods.

And by the way, Nessie isn’t alone.