I promised to get some photos, and I wanted to make sure to give everyone who contributes to this treasure his/her/its fair recognition. The magic of how many different people, agencies, non-profits and and for-profit companies came together to grow this little haven makes it even more special. But alas, I still haven’t found seals. My phone and my lack of photographic skills don’t do this retreat justice – seek it out if you’re near. 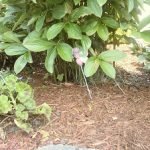 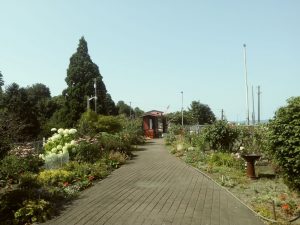 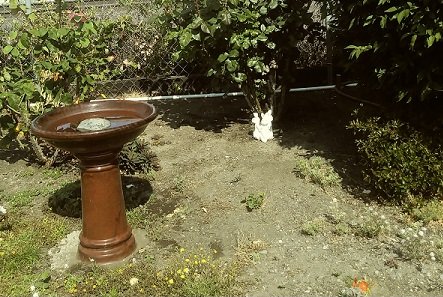 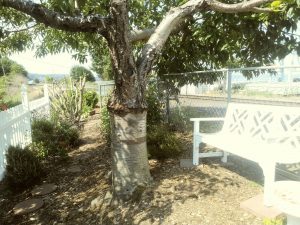 I’m making it a habit to find sustenance, even if only in 15 minute bursts. Not food, although I was inconsolably disappointed to be hot-dog-less on National Hot Dog Day. Parks, music, coffee breaks with friends. Spontaneous art projects meaning ridiculously simple stuff like restringing a necklace.

Whiling away time between clients and in search of a waterfront park in Everett – a client lives in earshot of seals and I’ve been eager to see them – I stumbled on tiny, entrancing Depot Park, 2900 Bond Street, Everett, WA 98201-3902, tenderly grown by by volunteers as diverse as the Everett Theater Society, The Northwest Gardner, Everett City Parks & Office of Neighborhoods, Amtrak, RTA, WALP, WSU Cooperative Extension and the Port of Everett, CSR Associated, Boys & Girls Clubs of Snohomish County, Roundtree Land Design, Topgrade Topsoil, Dan Martin of Everett Engineering, the Snohomish County Dahlia Society, Great Northern Railway Retirees, View Ridge Garden Friends, Snohomish County Native Plants, Puget Sound Urban Resource Partnership, Adopt an Everett Train Station Project, Rinker Materials, Carpenters Union (562), John and Ida Mae Schack, Port Gardner Neighborhood Association, and Friends of the Olde Everett Train Station. And great praise goes to BNSF Railways, which allows the park on the grounds of a recycled depot – now BNSF office space. And BNSF volunteers are particularly active in maintaining this exquisite haven for elves and fairies – yes, it has that appeal. I couldn’t get to the seals from the park, but it was OK: I could almost see the fairies. I’ll update this post with a photo sometime or else. Because if I don’t get a chance to get back to this park, I’ll never be quite the same – I have to get back to Brigadoon. And I still have to find the seals.