I am bisexual, capable of loving, committed, supportive, long-term physical and emotional relationships with either men or women. I’ve been out since 1982. I’m neither proud nor ashamed of this, any more than I’m proud or ashamed of being a redhead, short, having extremely bad eyesight or being right-handed. It is just me. I am coming out today because I need to be counted with my friends who are strictly gay, who can’t “hide” as I might when I’m in an opposite-sex relationship, or when I’m single. The simple fact that I was once in a long-term heterosexual marriage automatically disguises me. Nonetheless, when straight people make an assumption that I’m straight, that is a demonstration of unintentional, hopefully innocent, bias by majority straight society against gays. I have been in lesbian relationships, may be in one again someday, and will face heterosexist bigotry because of it.

But, sad truth, there is lingering bias amongst gays towards bisexuals as well: we “can’t make up our minds,” don’t face “real” prejudice because we can “just go back to being straight.” Bit of a dilemma to be unwelcome everywhere.

Ask me about my life if you have questions. Debate me if you wish to present “it’s a choice, immoral, an infringement on religious liberty” or any other anti-gay arguments. Read this excellent summary of what National Coming Out Day is from the Human Rights Campaign, one of the largest gay advocacy groups in the world, if you want to learn more. The photo is from the 2014 Gay Pride Parade in Seattle. I march with the Northwest LGBT Senior Care Providers Network whenever I can. I’ve marched in Pride Parades since 1985: NYC, Philadelphia, Washington DC, San Francisco, Baltimore, Seattle. I once had the great good fortune of being in Paris for its Pride – I had no idea until I happened on the Parade by chance. 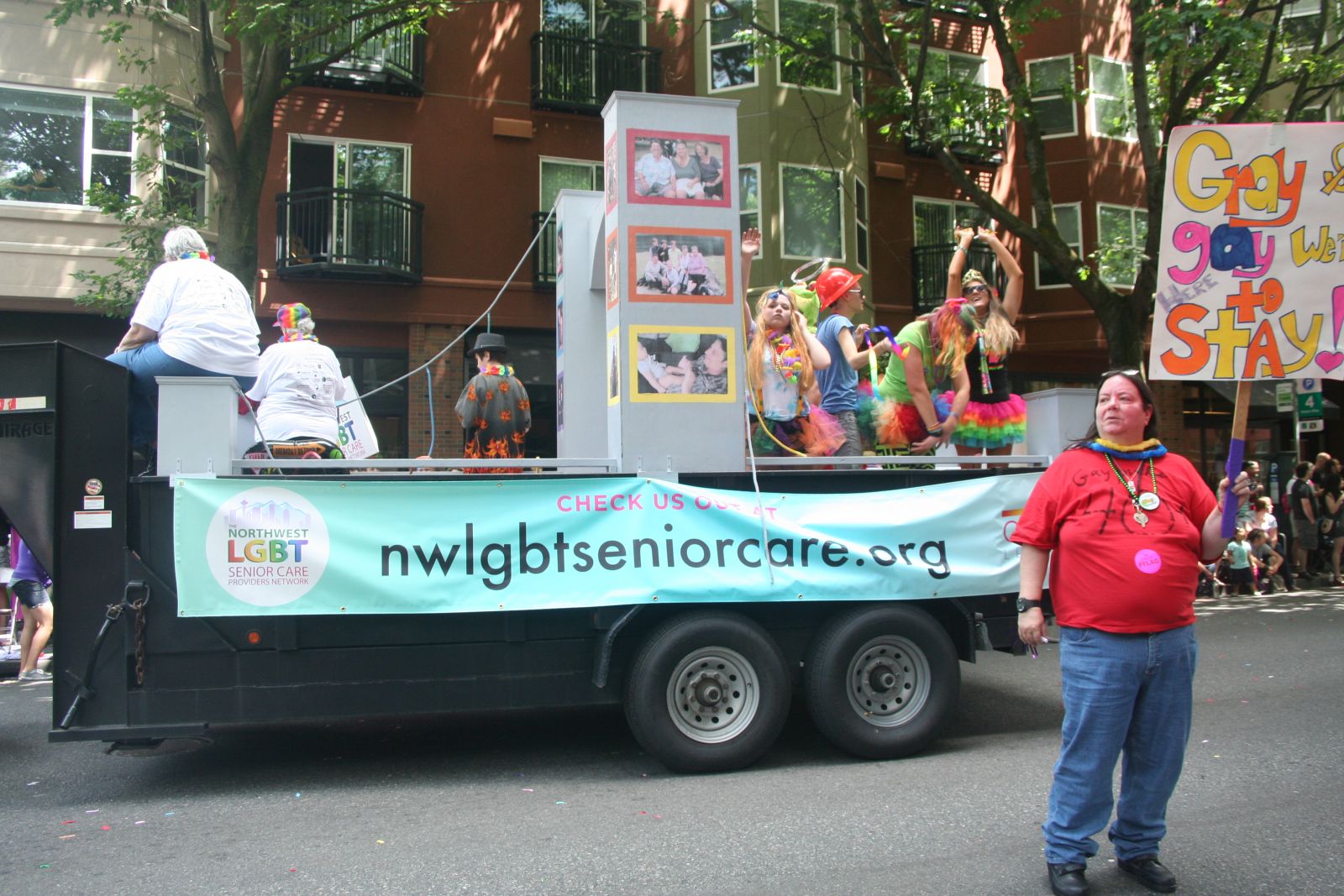 And I lied – I am proud of being a redhead. I like those stereotypes.