I found this post by an Organizing colleague, Shanna Perino, as an entry for a blogging community called Activerain. 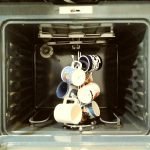 I’m reblogging it here and everywhere else I can reach with her permission because I think her insights are brilliant, courageous and smart.

“Organizing and Cleaning – The Misconception of Talent vs. Learned Skills

Yesterday, I was working with a client, helping a young man get his kitchen set up after moving into a new home.  As we worked, I ended up teaching him a few things about kitchens.  He readily admitted that he hardly knew anything about how to use some of the tools in a kitchen, let alone how to set one up.  He mentioned that he had told a female friend about working with me and how she had remarked that even though she knew she could stand to be better organized, she didn’t see the point of hiring an Organizer.  He said he had the impression that she felt like somehow she was less of a woman if she couldn’t organize her own home.

I actually run into this quite often.  Many women deal with large amounts of shame when it comes to their home keeping abilities.  I’ve heard many women express that it’s one thing for a man to be messy and disorganized – most people don’t think twice about it because typically men are worse at it to begin with, and secondly, they don’t often care that much if they live in a mess.  We don’t often wonder if a man is embarrassed about it.  But if a woman’s house is unkempt, then somehow her abilities are called into question, as well as her standards (“How can she stand to live in that mess??  Doesn’t she have any pride?”)

It stands to reason why some women allow the situation to get really bad before the finally call for help.  They keep trying to manage it themselves, but it keeps getting progressively worse.  They keep thinking they “should” know how to do this.  “I’m a woman, so I should have an instinct for cleaning and organizing.”

Well, I can tell you that if you feel that way, I know how you feel.  I felt exactly the same way.  For the first years I lived alone, without someone to share the chores with, I struggled with keeping on top of everything by myself.  Between working, keeping the house clean and organized, and having a life of my own, I sometimes felt like I was burning the candle at both ends just with that much.  I couldn’t begin to imagine what working women with children went through.

But later, when I discovered organizing, I found the secret to letting go of the shame and the self-imposed superwoman expectation.  The “secret” is:

Cleaning and organizing are LEARNED SKILLS.

The definition of the word skill is “Proficiency, facility, or dexterity that is acquired or developed through training or experience.”  The key words here are training and experience.

Stop thinking just because you are a woman, you should just have these skills – this is, essentially, a contradiction in terms, since skills are acquired, not inborn.  Human beings don’t have inborn skills like many animals do; we have to be taught everything we know.  Yes, there are people who have inborn talents, but talents are inclinations.  A gifted musician still has to be taught how to read music and play an instrument.  Having talent may make learning the skills easier, and after learning the skills, the talenttakes over. (The definition for talent, by the way, is “a special natural ability or aptitude.”

So, take sewing as an example.  Most women I know wouldn’t think of themselves as less of a woman just because they don’t know how to sew.  Ask them if they know how and they will just tell you they never “learned how.”  Nobody is born knowing how to sew.  Sewing is a skill, a series of steps through a process.  Well, so is Organizing and so is cleaning.   Speak Russian for me – now.  What’s that?  You never learned how?  I’ve known people who grew up in bilingual households who could understand the foreign language but couldn’t speak it because they never learned how.

Even for someone like me, who has a talent for Organizing, the skills – the process – still had to be learned.  I probably have the gene for it if it exists – I don’t know of anybody on both sides of my family going three generations back who isn’t organized or a neat freak.  But I still didn’t have a thorough understanding of the process, of the how-to, until I educated myself, because I wasn’t taught a specific process.

Generations of women growing up prior to about 1960 were largely brought up with the expectation of being a wife and mother.  Many girls were brought up with daily exposure and instruction on domestic skills such as cooking (a skill, yes?), cleaning, shopping, laundry, ironing, etc.  At the turn of the 20thCentury, it was commonplace for girls to miss school on Mondays to stay home and help with the laundry.

Somewhere along the way, women stopped teaching girls these skills.  Maybe because women were no longer being raised with the sole expectation of being a wife and mother, we didn’t assume having the skills was necessary.  The problem is that men, as a rule, didn’t automatically pick up the slack (especially not the earlier generations) and women for the most part are still left holding the household bag in addition to putting in hours at the office AND managing children AND starting our own businesses on the side, and so on.

So, what does all this ad up to?  If you are a woman who doesn’t know how to keep a house clean or stay organized it’s NOT YOUR FAULT and there’s NOT SOMETHING WRONG WITH YOU.  Recognize that you just didn’t get the training for it and you could learn if you had the opportunity.  Cut yourself a little slack and hire someone to come in and teach you how.

It’s really no different from learning any other process except that you will have private instruction in your own home and the chance to get hands-on training with things you will be using in the real world every day.  Isn’t that the best learning situation possible?

I would love to get feedback from other women about what domestic skills you were and weren’t brought up being taught how to do.”