I’m recycling some of my review of Minter’s first book: Junkyard Planet: Travels in the Billion-Dollar Trash Trade to write this review ♥. Secondhand: Travels in the New Global Garage Sale by Adam Minter is amusing, terrifying, inspiring, infuriating and depressing. Not the book itself, which is wonderful: Minter is an accomplished journalist with a unique understanding of his subject matter – junkyards, scrapyards, recycling, reuse, secondhand throughout the world – because he grew up in his family’s Minneapolis, Minnesota, US scrapyard. All those other adjectives because Secondhand so compellingly exposes the worst of capitalist excess. Western cultures WASTE resources on an immeasurable scale, and maintain an enraging, ill-informed insistence that Western solutions to global challenges, which often truthfully are generated and propelled by Western societies in the first place, are the only appropriate ones. In a trash can, Western cultures, and a growing number of cultures influenced by Western values, use too many original raw resources to sustain rational levels of production and consumption before the unhealthful consequences to the Earth’s ecosystem may be irreversible. There are countermeasures, but governments often lack the will to implement them, and too few manufacturers are willing to make them profitable. That planned obsolescence, which I railed against in another post, is somehow considered wholesome is obscene. There are promising signs of change – “right to repair” laws, for example, are becoming more common. Right-to-repair movements work against legislation which enforces corporate profiteering concerning voided warranties. But it’s disheartening that what was once ironclad common sense now has to be litigated. 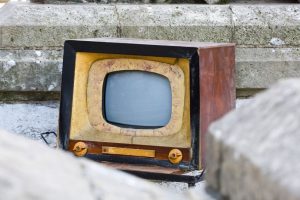 So I’m almost afraid to talk about this book where my clients might read it! Because my awesome, engaged, conscientious, forward-thinking clients are going to take this book to heart. Too many of them already do too much, paralyzing themselves in their efforts to recycle and reuse responsibly. I frequently remind my clients that they are probably sooooooo far ahead of most people who don’t care, my clients can slack off for several years and still not fall behind! Taking care of yourself is a way of taking care of the environment.